In 1990 I flew to Australia to work on a computer system to provide information relating to the possibility of climate change -see To Australia in a Box. Shortly after I arrived the project was cancelled, because it was clearly not considered a sufficiently important project to spend government money on it. 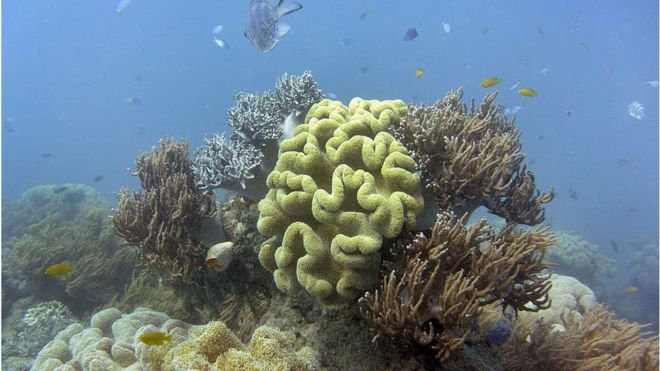 Since then climate deniers in the Australian government have come and gone - and the temperature has continued to rise - with more and more highest temperature records being broken. It is clear that warmer seas made more acid by the increasing levels of dissolved carbon dioxide could have a serious effect on natural features such as the Great Barrier Reef.


A news item today reveals that the Australian section of the UN World Heritage site report on the effects of climate change has been axed. Apparently the Australian Department of the Environment still believes that burying one's head in the sand and hoping the problem will go away is the answer to the realities of climate warming. At least their attitude is clear - the whole world now knows that the Great Barrier Reef is not in safe hands.

Posted by Chris Reynolds at 13:56 No comments: Links to this post

We should not underestimate the Neanderthal Mind


An article in Nature, reported on the BBC News Site, describe the discovery of circles of stalagmite fragments deep inside a French cave. they are dated to have been constructed about 175,000 years ago - long before Homo sapiens reached Europe - at a time when Neanderthals are known to have been in the area. We will probably never know what motivated the people who broke off and arranged these stalactite fragments  but it is clear that they had sufficient control of fire - for lighting - to travel more than 300 metres into the cave and were prepared to explore pitch-dark underground passages for a considerable distance and spend some time working there.

Posted by Chris Reynolds at 11:07 No comments: Links to this post

Looking Back over 50 years computing

I entered the computer industry just over 50 years ago, and a purchase I have just made really brings home the scale of change over the years.


In 1966 my employer, Shell Mex and BP, was planning to move from a batch processing Leo 3 system involving the files of some 250,000 customers to a new computer which had direct access storage. In 1967 placed an order for a Univac Computer with FastRand drum drives. Each drive could store 100 megabytes of data  and cost about £100,000. It came in a large cabinet and weighed about 2,200 kilo. 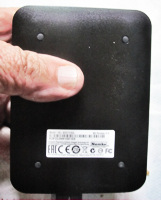 This weekend I decided to reorganise all my computer files as part of a move from Windows XP on a rather tired desktop to a laptop under Windows 10. These files include historical archives going back some 25 years, and urgently need restructuring. I purchased a drive big enough to hold all my personal files from several generations of personal computers and separate hard drives. The drive cost about 30,000 times less than a Fastrand (adjusted for rise in cost of living), weights about 100,000 times less, and can contain about 20,000 times more data!
Posted by Chris Reynolds at 10:11 1 comment: Links to this post