The "being bullied at school" box 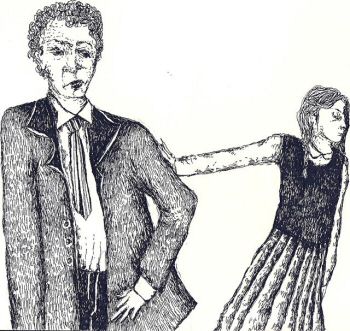 Before I went to Dartington I was bullied a lot at school and the lack of self-confidence this engendered has remained with me for over 60 years. Following the recent school reunion (see Escaping from the Box - The Dartington Experience) I have been following the school site on Facebook and as a result found a collection of interviews "and in 2010 - bullying" of pupils who had suffered bullying before they went to Sands School, Ashburton

My experience at Dartington, from the age of 14, showed that schools could be run without bullying, and the interviews demonstrate that for many of today's pupils things in many schools are little better. Hopefully Sands School (which is the "successor" to Dartington) will help these pupils get over some of the damage they have already suffered - as there is little worse than being a child trapped in a school where you are always fearful of being victimized by other pupils, and sometimes even the teachers.
Posted by Chris Reynolds at 18:05 1 comment: Links to this post

Are you playing safe and keeping well inside your box? Why not take a risk occasionally

I have just read The Blue Collar Athiest's blog "The Most Dangerous Thing You Can Do: Play Safe".

It made me think about how we often feel safer if we never do anything risky and stay well inside our mental and physical boxes. Clearly this happened to me. Because my research often caused significant criticism I didn't promote it as actively as perhaps I should, and when I was viciously bullied for doing unconventional research which didn't have funding (at a time when I was recovering from the effects of a family suicide) I just gave up the research to do something safer ...

OK about a year ago I decided to stick my head above the parapet and started publicizing my former research - fully aware that because it is unconventional most people will automatically ignore it - and some will be very critical.

So are you stuck in a comfortable box in which you believe that all "significant  research is carried out in prestige institutions and has been published in the last six months? If so you will be in good company - because such an approach avoids thinking outside the box - and will be right for much of the time. But is ignoring ideas which differ from the establishment view good science?

Isn't it about time you took a risk? Why not abandon your "What is good research" box and have a good look at what I am saying on this blog . If you like it say so - and if you don't like it be as rude as you like - as long as you make it clear why you don't agree. If I am prepared to come out of my shell and take a risk, why don't you?
Posted by Chris Reynolds at 00:25 No comments: Links to this post

Am I being foolhardy in considering CODIL to be a model how the brain works?

In discussing Artificial Intelligence Steven Pinker, in The Language Instinct writes (my highlighting):

Since innate similarity spaces are inherent to the logic of learning, it is not surprising that human-engineered learning systems in artificial intelli­gence are always innately designed to exploit the constraints in some domain of knowledge. A computer program intended to learn the rules of baseball is pre-programmed with the assumptions under-lying competitive sports, so that it will not interpret players' motions as a choreographed dance or a religious ritual. A program designed to learn the past tense of English verbs is given only the verb's sound as its input; a program designed to learn a verb's dictionary entry is given only its meaning. This requirement is apparent in what the designers do, though not always in what they say. Working within the assumptions of the Standard Social Science Model, the computer scientists often hype their programs as mere demos of powerful general-purpose learning systems. But because no one would be so foolhardy as to try to model the entire human mind, the researchers can take advantage of this allegedly practical limitation. They are free to hand-tailor their demo program to the kind of problem it is charged with solving, and they can be a deus ex machina funnelling just the right inputs to the program at just the right time. Which is not a criticism; that's the way learning systems have to work!

In various past and future postings on this blog I am arguing that CODIL is a model of at least some aspects of how the brain works and in making wide claims it is important that I ask myself whether I am being foolhardy, and whether I am making extravagant claims for a model general purpose learning system for the brain.
Read more »
Posted by Chris Reynolds at 15:22 No comments: Links to this post

The Establishment rejected research which later got the Nobel Prize

Greg Laden has reported on
"There can be no such creature" - Chemistry Nobel: Daniel Shechtman


At first Shechtman's results were interpreted by other experts in the field as a simple mistake that only an idiot would make. They told Shechtman that he was observing a "double crystal" and mixing up his observations. One snarky colleague gave him a school textbook on crystals implying that he should brush up on his basics. A manuscript Shechtman sent to the Journal of Applied Physics was sent back unopened.
Over time, using his personal connections to a grad school colleague and, in turn, his colleague's connections, Shechtman got his work looked at more closely by other crystal experts, who concurred that the results were both a) real and b) impossible. Finally, in 1984, a paper coauthored by Shechtman and those experts (John Cahn, Denis Gratias and his schoolmate Ilan Blech) was published in Physical Review Letters. The world of crystallography was stunned, and the single most important pillar of dogma of the science of crystals ... all crystals consist of repeating periodic patterns ... was under serious question.
There are several interesting lessons in that Odyssey of Shechtman. One, don't discount your personal and professional relationship, or the cultural aspects of scientific networks. A pure, scientific, or even "skeptical" view of Shechtman's work failed. Shechtman needed to get someone to look at his results on blind trust that there could be something there, rather than approaching it from what was known to be very well established fact. On the other hand, it must be remembered that 99.99% of the time that a scientist gets an email from someone telling them that the basic tenets of their science are wrong, it is some crazy guy who sees things in rocks. But not this time. Ultimately, this is a case of science being conservative, which is usually appropriate, but learning something new. The turnaround time between nobody knowing this thing and key scientists getting it in print was only a couple of years.


This story makes you wonder how many discoveries were suppressed as "defies science" before the age of arxiv and instant distribution. Nice to see he didn't get scooped and got credit in the end.

When I hesitatingly proposed in 1967 that it should be possible to build a human-friendly "white box" information processing system (as a opposed to an inherently unfriendly "black box" conventional computer system) the idea would never have even started to get off the ground if it had not been a very supportive boss, George Stern, and his boss, John Aris (see How ICL came to axe the CODIL project). However when ICL closed and I was declared redundant for wanting to follow up the idea I got the same kind of hostility as Shechtman - and as someone who is not good at exploiting contacts (due to vicious childhood bullying)I struggled with the research, getting many rejections because "I was an idiot" until I finally had a breakdown and abandoned the idea.


It is only recently that I have dusted down the old files and it looks as if the idea could be a partial model of a symbolic language that could bridge the gap between the brain's neural net and natural language. Whether this is true a study of how my research was "suppressed" could well give clues as to how other very interesting ideas have been consigned to the garbage heap.

Posted by Chris Reynolds at 23:38 No comments: Links to this post

We all live in mental, physical and social boxes – and while we may sometimes between boxes there is one box which we share and which we cannot escape – The Earth. And this box is getting very crowded and the society in which we live is looking more like a House of Cards every day – with financial crises shaking the structure and climate change weakening the foundations.

So what are our politicians doing about it.
Read more »
Posted by Chris Reynolds at 21:05 No comments: Links to this post