I have been trapped in a loop of unproductive activity 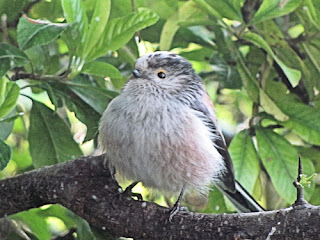 I continue absorbed in what I am doing at the computer.

I look to my left and about four feet away there is a long-tailed tit apparently looking at me through the window, Have I forgotten to top up the bird feeders - but no - and there is a tasty fat ball only inches from his perch.

Suddenly he rapidly flies up the window and there is another tap. Back down to the perch, another flurry of activity ending with another tap on the glass.  He did the same yesterday ... and the day before.

I then realise what is happening. He can't see me, only feet away, because I am in a dark room while he is in the sun-lit garden. What he can see is another long tailed tit invading his territory that won't go away when he attacks it. He is attacking his reflection in the window only inched from the perch. He is trapped in a loop, driven by instinct, and may well continue in this useless activity for days.

I stop and think.
One of the reasons this blog has been rather quiet recently is that I have been trapped in a very different loop by a saucy little bird who is lurking inside my computer. Because of the tragic deaths of my daughters Lucy and Belinda I suffer from post-traumatic stress disorder. The chief problem is that to avoid becoming over-stressed to the point of a panic attack or becoming very depressed I need to find activities which help me relax. The danger is that as pressures mount I spend so much time relaxing that things that need to be done get put on one side till they become an additional source of stress. 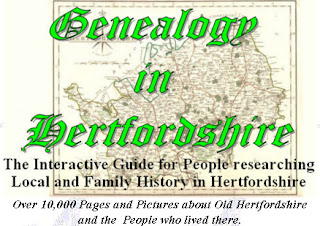 Since retiring I have found historical research is a good way of relaxing and my web site Genealogy in Hertfordshire has grown to over 1 gigabyte, and has over a quarter of a million visitors a year. However the software is out of date and was never designed to support such a large web site. I find managing it has become hard work, and while visitors have donated many thousands of pounds to mental health over the years donations have almost entirely dried up. What had started out as an excellent way of relaxing has become stressful and the lack of donations makes it hard to justify  spending too much time on it.

Then last year I was horrified when the UK voted for Brexit - and having spent some time professionally working on climate research I was further distressed when climate change denier Donald Trump was elected as president of the USA. My stress levels rocketed, I became more depressed, and work I was doing on the evolution of human intelligence via this blog was pushed to one side.


However one history research project, linked to a St Albans post card publisher provided a good way to relax. The task was to track down the comic post card artist involved - and this has proved more interesting, more complex, more difficult and much more time consuming than I has expected. The research means selectively searching through the many millions of comic postcards advertised on ebay and other web sites. Every day new questions present themselves. For instance Was the set of comic cards published in the USA in 1908 relating to a saucy little bird drawn by the same artist who was working for the failing London View Company in 1907 and publishing cards in St Albans in 1909? The trouble is that currently I get perhaps 40-50 emails a day warning me of cards that have come up for sale which may be relevant ... ...

Of course it is fun trying to find out more about the artist who painted the saucy little bird post cards but knowing the answer is not really that important and the activity is a time wasting distraction which will get me nowhere - just like the activities of the long-tailed tis at the window.

I have decided that I will cut right back on this post card research and return to this blog - exploring both how human intelligence evolved and also the various way we find ourselves trapped by the box.
Posted by Chris Reynolds at 10:25 No comments: Links to this post 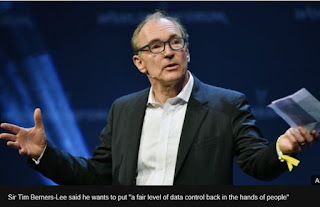 In 1989 Sir Tim Berners-Lee invented the World Wide Web - which has expanded in ways which I am sure no-one would have predicted and which, via social networks, is very much affecting how people in the more advanced cultures now live their lives.

Tim has now spoken out about the abuse of personal data and "Fake News" and the problems these can cause, He is proposing a 5 year strategy to try and tackle the problems cause by his invention, See BBC Report.

Part of the problem is a result of the lack of transparency in how the World Wide Web works. This related straight back to the lack of transparency of the stored program computers on which it runs. What we have now is a massive black box system which contains a vast number of very attractive digital goodies, but there is no easy way of understanding the underlying mechanisms as to how the information got there or how reliable it is. Problems range from the misuse of personal data through to fake news and political manipulation - with the Sunday Times today reporting that GCHQ is concerned about Russian use of the network to try and influence the political system in the UK, and almost certainly in Europe, as they may have already done in the USA.

Could we have had a more transparent system which made it easier for people to understand the sources of the information, and the way it is being (mis)used? Perhaps?

In 1980 (9 years before the World Wide Web came into existence) I was involved in a British Library project called BLEND which was about the online publishing of scientific papers. This was based on very conventional stored program computer technology and I decided to see how my research system, CODIL, which was a transparent system for human-computer interaction, could tackle the same problem. I set up a number of different papers using CODIL and linked them together to show that they could not only exchange text, but also working programs (written in CODIL) and supporting data files. All this information would be written in the transparent CODIL Language, so it would be hard to hide underhand information processing -  which is the weakness of the world wide web., The work was written up for a conference in 1983, and included in a publication of BLEND papers, but the idea was not followed further due to lack of funds.

Could CODIL have been the answer? We'll never know. The big difference between CODIL and HTML (the language of the Web) is that CODIL concentrated on the meaning of the information being transferred while HTML is concerned with the formatting of data for transfer and display and is unconcerned with the information content. As such they are not equivalent approaches. However comparing the two approaches highlights the fact that as long as the World Wide Web depends on a black box approach it will be impossible to stop the less desirable activities being hidden by the unscrupulous.

Posted by Chris Reynolds at 11:32 No comments: Links to this post

Inside the "Infinity Box"

Yayoi Kusuma has a exhibition in the Hirshhorn Museum in Washington, D.C, which includes a room of accurately placed mirrors which clains that it gives the nearest impression of infinity one is likely to experience.  Unfortunately I have no plans to go to Washington to see it - perhapos it will come to London!

More Info courtesy of the BBC
Posted by Chris Reynolds at 13:47 No comments: Links to this post