The New Scientist on the Gene Changes that make us Human. 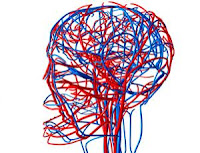 As I am interested in looking at the possibility of an evolutionary model of human intelligence which assumes that the basic brain mechanisms in humans are little if any different to those our animal relatives I read the New Scientist article ”Lucky You: Evolution is a game of chance. Clare Wilson uncovers some of the winning mutations that helped us hit the jackpot.” with considerable excitement, as a check list to see if I had missed something important

Six areas were considered in the article.

Jaw dropper: It is suggested that a mutation in the gene MYH16 altered the muscles in the jaw, making changes in the skull which made it easier for the brain to expand.
The Brain Gain: There are a number of genes which could affect the size and number of connections in the brain, and one would expect changes of this nature as the brain got bigger, but it is far from clear that any of them would affect the basic information processing mechanisms. For instance the duplication of the SRGAP2 gene has resulted in in accelerated neuron growth and far more neural connections. What is not clear is whether this is just part of the bigger and faster development of the brain, or whether the extra neural connections have resulted in a new mechanism for processing information.
Energy Upgrade: Brains need a lot of energy to work, and the RNF213 gene may well have had the effect of improving the blood supply. In addition changes in the metabolism of glucose could have also helped make more energy available.
Gift of the Gab: The possible role of the FOXP2 gene is discussed but as it is a gene which regulates the development of other genes its effect on the brain is far from clear. There is a suggestion that it might help is handling language syntax – but the whole question of how far language is cultural, and how far there are “inbuilt” syntax mechanisms is a major area of disagreement among theoretical linguists and I don't consider anything is proved. I feel that the work on the cortico-basal ganglia circuits could be relevant, Wolfi Ernard is quoted as saying “If you do something and all of a sudden you get a reward you learn that you should repeat that.”
Helping Hand: Obviously the fact that the hand has evolved to make it more suitable for tool making, compared with our ape relatives, is important, but does not directly impact on the way the brain works.
Switch to Starch: Dietary changes could help make more energy available to the body, and hence to the brain.

All in all there is nothing in any of the above areas which suggests that there is a fundamental differences in the brains internal “decision making” mechanisms. The only possible issue which suggests a small change is covered by Ernard's comment, which suggests that at some point learning becomes more rewarding. But my model, An Evolutionary Model of the Brain's Internal Language, predicts the need for such a change at the point when it becomes more efficient to accept the collective culture of previous generations as “true” without question, rather than for each new brain to work everything out for yourself. I suggest that what may have happened is that the “you are in danger – so learn to avoid quickly” facility could have been modified to include learning verbal instruction like a sponge, but there could be other ways of getting the same effect by merely tweaking an existing function – rather than doing anything new.
Posted by Chris Reynolds at 16:41