The Horrors of Economies in Mental Health Treatment

Today The Guardian reported: The Care Quality Commission (CQC, the NHS care watchdog) said in its annual review of mental health services that it was a "serious cause for concern" that so many of those admitted informally for care and treatment, mainly in hospitals, were then detained. They said: There were 50,408 cases of people being detained for compulsory treatment under the Mental Health Act in England during 2012-13; the total topped 50,000 for the first time and marked a 12% rise over the previous five years, from 44,093 in 2008-09.

However over recent years the number of available beds has been reduced because (in an ideal world with plenty of money) most mental health patients are best treated in the community rather than in hospital. The current economic situation means that more people are under the kinds of stress which triggers mental illness, so the need for community treatment is increasing. At the same time government imposed economies are resulting in reduced community services and so the waiting times for treatment (for those lucky enough to get it) are increasing. This means that more and more people are not getting the early treatment they need until too late - and they have become desperately ill. The whole thing can develop into a vicious spiral when more serious (and expensive) patients means less resources are available to stop people becoming seriously ill. 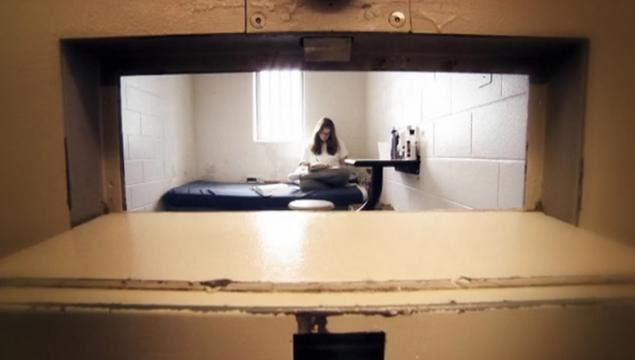 I find this news very disturbing as it brings to mind images which still, on occasions, return to haunt me, as the sort of thing that was happening 40 years ago is still happening now - with our prisons taking more and more mentally disturbed prisoners, many of whom are only there because they did not get proper medical support in time.

So what happened 30 years ago that makes me think of the small flap in the front of a prison cell door.
Within a week of each other three young women appeared in a court in Aylesbury.  The first was Tina - and she had been arrested and charged because she had set fire to the duvet on her bed and the fire had spread and done a lot of damage. She had been arrested and charged and held in Holloway, where she had attempted serious self-harm. At the time of her arrest it was obvious that she was not mentally ill - after all the bed where the fire started was in a ward in a psychiatric hospital and suddenly the NHS decided she was no longer ill when further treatment looked as if it would prove expensive.

A week later Wendy appeared before the same court for setting fire to a litter bin, having been held in Holloway on remand. It was not her first offence and after the original trial the courts had placed her in a secure psychiatric hospital for treatment. This had to be a private hospital and the Regional Health Authority had spent money earmarked for secure beds on something else. So after a couple of years they stopped paying the bill and Wendy was sent home, without appropriate treatment. There had clearly been other similar cases and the Aylesbury judges were very unhappy with the situation. Wendy clearly needed treatment and was unsafe without but the NHS refused to provide a bed. So the judge deliberately gave a ridiculous sentence of life imprisonment to ensure the case got maximum publicity and went to the Court of Appeal - which later effectively told the NHS what it could do .... 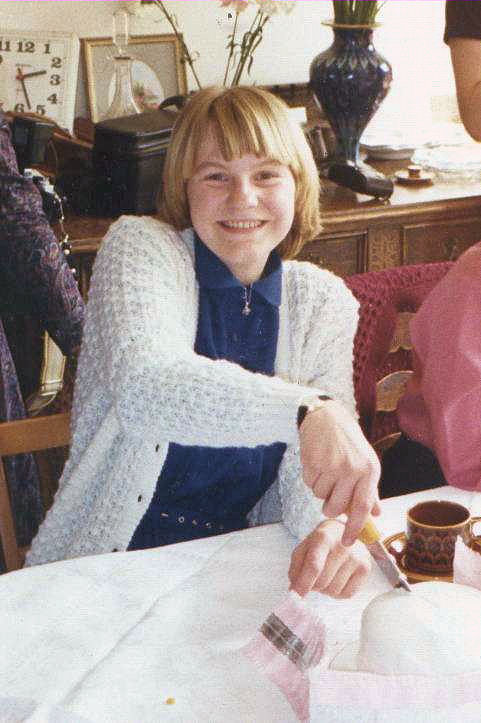 In between the two cases my daughter Lucy appeared in the magistrate's court and was remanded in custody in Holloway prison. There was no doubt that what she had done was wrong - but was she mentally ill. As her parent's we were very worried and if she had not improved over the weekend we were planning to take action. Realizing there might be trouble I actually visited the police station and they confirmed that they were aware of her and considered that she was mentally ill.. Unknown to us, and to the police, a social worker was thinking the same way. Unfortunately the N.H.S. appear to have conveniently forgotten that only a few weeks before she had been discharged as an inpatient form the local psychiatric unit, and about a week before the crisis had been asked to stop attending the day centre because she was too excitable!

So Lucy found herself in "The Muppet House" in Holloway Prison - where Tina had been held, and in the next cell to Wendy. Basically she was too disturbed to conform to prison discipline - so automatically lost all privileges and ended up in a bare cell with a stinking mattress. She was in effect in solitary confinement 24 hour a day because if she was let out of her cell she fought like a daemon to avoid being put back in that hell-hole. For most of the four month she was held in Hollway she was too ill for normal visiting and many visits involved going into the cell block and talking to her through the small flap During that visit we could often hear the cries of despair from other prisoners held under similar conditions. The NHS claim it was just a coincidence but she was found a bed only days after the Court of Appeal had ruled in Wendy's case.

I don't know what happened to Tina and Wendy but in both cases they ended up in a secure psychiatric hospital because the period in Holloway had made them much worse. While Lucy started to recover from the tremendous damage she committed suicide on a relevant anniversary. The whole family was devastated. I abandoned my university research to campaign for better mental health services, and there is little doubt that her sister's death was indirectly a result of what happened.

When I look back the horror is all associated with the way she was treated - as if she had been an animal the R.S.P.C.A. could probably have prosecuted the prison for cruelty.  At least her sad death meant we could reassure ourselves that never again would she have to undergo the kind of torture that our so-called "civilized" society submitted her to. 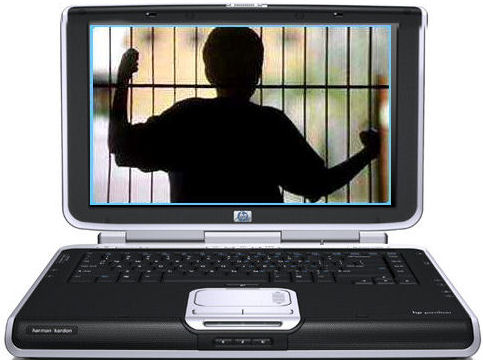 And when I look at the day's news I tremble with the thought that more and more lives will be destroyed by in appropriate imprisonment when what they need is proper support to help them through their mental illness.
Posted by Chris Reynolds at 21:10