A Box of Old Bones

Last year I qualified for free roof insulation under a government scheme and that meant taking everything out of the attic so the workmen could put down a thick layer of fibre glass. As a result the spare bedroom is now full of boxes which hole things connected to my past interests. One box contained a few old bones, some old colour slides and other reminders of my younger days and really brought back some old memories. 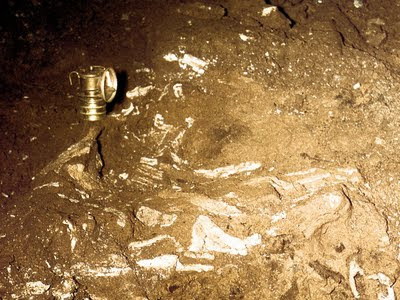 This picture, and two companion slides made me feel very guilty. The picture was taken early in 1961 in Joint Mitnor Cave, Higher Kiln Quarry, Buckfastleigh, Devon, and shows the crumbling bones of a bison that had fallen down a pit in the last interglacial period, some 100,000 years ago. The cave contains a very important talus full of bones including  It is now part of a Site of Special Scientific Interest associated with the William Pengelly Cave Studies Trust, which I help to set up in 1962. 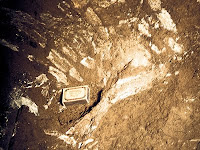 A number of us were digging a trench in an area where there was not supposed to be any bones in order to build a wall to help secure the roof. A small explosive charge had been used to remove a large boulder and when we took away the pieces we found these crumbling bones. I was the only one with a camera and the Leslie Neale was going to ask Anthony Sutcliffe, the responsible palaeontologist at  the Natural History Museum in London if he wanted a copy. 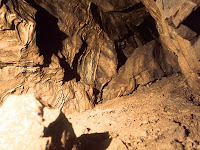 On finding these pictures I realized I had never made a copy, and despite the pictures now being 50 years old perhaps I should send them copies now. While the bones were little more than dust I now know that they are undoubtedly the best example of articulated bones every found at this site. Perhaps the boulder had fallen on the corpse before the hyenas which clearly visited the cave could rip it to pieces.
In another box I found a research log book of the same period with some field observations relevant to the history of the Buckfastleigh caves which still needs to be written up for publication. 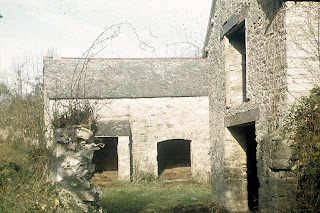 Perhaps I should refrain from opening any more boxes or I may discover other unfinished research activities screaming for my attention.

The first two pictures were taken in 1961, after the site had been purchased for use as a scientific site, while the third picture shows work on the former cow shed in 1962 which is now the Museum. At the time I was secretary of the Devon Spelaeological Society.

~~~
It is important to remember that one of the things that makes us unique is the fact that we all carry around a different collection of memory boxes.
.