Should Alice be expelled from Wonderland 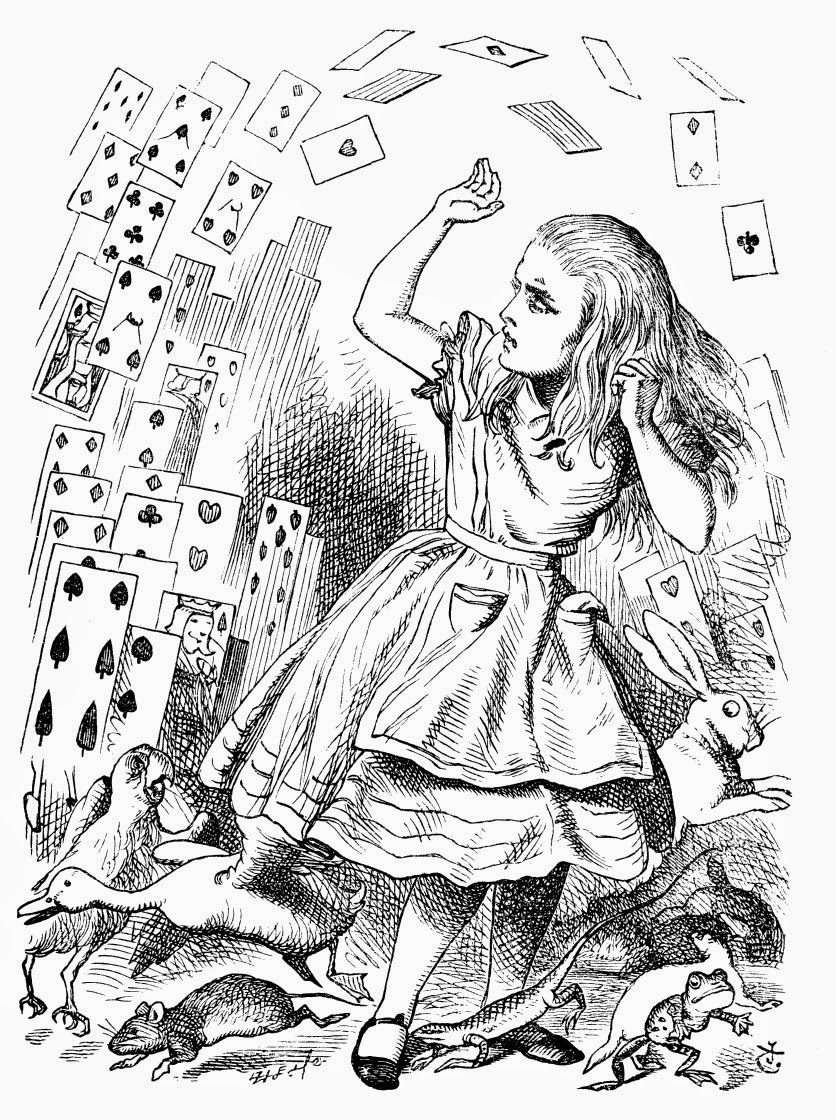 Charles Dodgson (who wrote under the name Lewis Caroll) took up photography in 1856 and many of the pictures he took were of young girls, including Alice Liddell, who was the Alice in the story.  Some of his photographs showed pre-pubescent girls naked.

In the light of the media frenzy which has recently surrounded the case of Rolph Harris perhaps we should also be protecting our children from reading about Alice in case they get corrupted.

Of course this is nonsense. There is no evidence that Charles Dodgson was a paedophile.  Most of the pictures of the young girls are known to have been taken with their mothers being present, and sometime the session also included photographs of the mother. This was all at a time when pictures showing the innocence of childhood were fashionable.

But even if Charles Dodgson had ulterior motives this should not stop anyone, of any age, enjoying Alice in Wonderland, or Alice through the Looking Glass.  Poetry such as The Hunting of the Snark would still appeal and his work on mathematics would not be diminished. 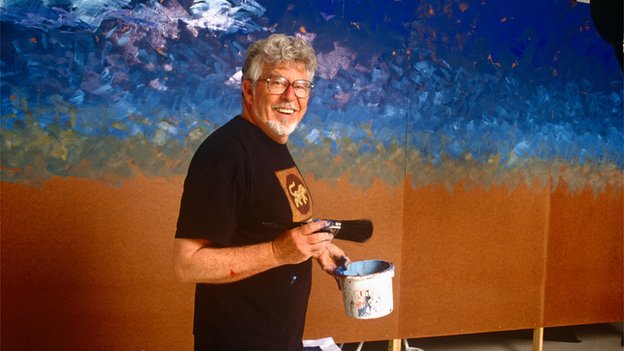 So back to Rolf Harris. He was a human being with failings - which is nothing unusual as no human is perfect - but he was also an extremely talented entertainer whose on-stage art must have inspired millions. He also supported many charities and he deserves to be remembered for the good he has done.

To be honest most men probably have some failings somewhere in their life in the "sex" department. When I was young over 50 years ago most young men looked at what was happening among the celebrity pop stars, and the large number of starry-eyed female fans that crowed round them, and I am sure that I was not the only one who  thought (it now seems in some cases correctly) that they had the pick of the bunch - and would believe any swooning fan that said she was over 16. I suspect that virtually every young lady from that time would now admit she was often goosed when travelling on a crowded tube train - and sometimes by over-excited males in the office (at even more likely at the office Christmas party).

While there is no way I approve what Rolph Harris did, attitudes have changed for the better over the years and I would not be at all surprised if at least 25% of all elderly men have some long past incidents relating to young females which by present day standards could put them in court  because of over zealous wandering hands or worse. The problem is that what is happening now is a witch hunt forty or fifty years too late, and media is hunting for suitable scapegoats to sacrifice,

What we should all be learning from what has happened is that anyone around us could have an unpleasant behaviour which hurts other people, which may be illegal and some of which we don't take so seriously, such as the exploitation of children in factories in parts of Asia. When someone like Rolph Harris does something wrong we should not try and hide away his achievements - we should recognise them as what they are - and use them to remind us that there is good and bad in all of us.

There is one other problem with this kind of case and that is that the human long term memory is not infallible when it comes to court room cases many years after the event. As mentioned above goosing was not uncommon and in the majority of cases in semi-public situations women did not want to attract attention by making a public fuss. I have been informed that on the crowed tube, where it was difficult to move away, a stiletto heel brought down firmly on the toe of the molester was effective. Some men undoubtedly enjoyed the thrill of seeing how far they could go before there was a reaction and might well chose situation when the women might find it difficult to make a fuss - for instance when Rolf Harris groped a TV presenter during a live broadcast.

So many years later in court, when questioned by council about what happened the memories will be very different. The man, whose hands often wandered, will probably only remember the most "successful" gropes and in many instances may never have known who he was groping. He may well have no recollection of the particular incidents before the court.  I suspect many women, who may well have suffered on more than one occasion will have forgotten the details because their mind has suppressed unpleasant memories. (I was seriously bullied as a child - and while it had long term effects I can only recalled one specific incident, and remember a particular locker room with fear, although I cannot remember a single incident that happened there.)  To others remembering what happened may have become a nightmare over the years, and the details may have become embellished so that the details are no longer accurate.

And of all the men (possibly numbered in their millions) who abused women in this way, the celebrities are the most likely to be hauled before the courts, although they may not, in many cases have been the worst offenders. They may have attended at hundreds of venues a year and been surrounded by many fans who they didn't know from Eve. Such events would be an every day occasion, such as cleaning one's teeth. If the celebrity goosed a fan the fan would know exactly who did the groping, where it was, and when, because they were there because for them it was a special event.

The real problem is that thoughtless actions by one person (not just inappropriate sexual actions) can damage other people unintentionally. What is needed is better education and more open discussion about what is going wrong and how the damage can be minimised. Spending enormous sums on digging up examples from many years ago, when memories are going to be unreliable, to put celebrities (and possibly politicians) in the dock, and in some cases in prison, is surely not the best way to ensure it doesn't happen again.
Posted by Chris Reynolds at 06:05