The Black Hole in “The Believing Brain”

Some comments of Michael Shermer's book “The Believing Brain”

How you react to this book, which has just been issued as a paper back, will depend on your own individual belief systems. In setting out to read it I felt it appropriate to identify places where the book reinforced my own beliefs and – more importantly – where there is a conflict – and why. As a result what follows is a personal commentary rather than a formal review. In particular it ends with a discussion on theories of how the believing brain works. It also looks at some of the reason why your believing brain might not accept an unconventional evolutionary model which suggests that the human brain is little more than an enlarged animal brain which is only more powerful because it has more neurons, has more synapses, a modified developmental framework and similar straightforward homologous changes.

Read more »
Posted by Chris Reynolds at 10:38 No comments:

This House Believes that God is a Delusion

ACross Hemel (an association of Churches in the Hemel Hempstead area) has organised a summer family event in Gadebridge Park. This included an evening debate, held yesterday, with the challenging title “This House Believes that God is a Delusion”, to be proposed by Richard Norman, a Vice President of the British Humanist Association, with the case against being put by Justin Thacker, chair of Across Hemel.

Read more »
Posted by Chris Reynolds at 11:20 No comments: 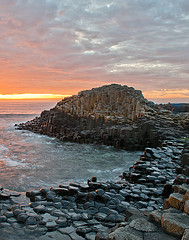 The National Trust decided to stop posts on the issue of the Giant's Causeway from appearing on its Press Room blog - and undoubtedly because of the complaints they got about this they restarted them again - but apparently introducing moderation - and then made no arrangements that moderation should be carried out reasonably quickly - which would clearly be essential if the re-opening of the posting facility was meant to be genuine.

The National Trust, Creationism, and the Giant's Causeway

Earlier this month the National Trust opens a new Visitors Centre at the Giants Causeway and a storm has broken out over a few words spoken in a display, and the way they have been misquoted by the Young Earth Creationists. I have not seen the exhibit and I am happy to accept that the main display gives an accurate account of the current scientific views of its origins, However there is a listening point where historical voices can be heard discussing historical theories about the origins of the Causeway.

Dennett's views on computers and the brain


I have read Dennett's article A Perfect and Beautiful Machine with interest and I feel his whole argument is based on a false premise. Any mathematician knows that there are usually ways of building alternative mathematical models – and you need to select a model appropriate to the task in hand. Because Turing's model explains the success of the stored program computer Dennett makes the assumption that it must be the appropriate model for understanding the working of the brain. But let us look at the model Turing started with, as described by Dennett

“He took human computers as his model. There they sat at their desks, doing one simple step after another, checking their work, writing down the intermediate results instead of relying on their memories, consulting their recipes as often as they needed, turning what at first might appear a daunting task into a routine they could almost do in their sleep.”

Come on. Lets be realistic. Several hundred generations ago we were all hunter gatherers and what is being describe has absolutely nothing to do with the way the brain evolved up till then, and there is no evidence that it has changed significantly in the last 10,000 years or so. A room full of human computers is a very artificial situation as only some people (not everyone would be good at it) could carry out out a highly repetitive and deadly boring task. To do it they have to behave like a zombie (because they could almost do it in their sleep) to a recipe (because they cannot be trusted to use their own initiative, so a recipe “creator” had to tell them what to do). The task is beyond their brains normal capacity (they write down information because they cannot trust their memories). In addition the overall effect of their labour is to carry out a well-defined and highly formal task which is related to some very narrow aspect of the culture of their society. Their activity is totally directed – while the whole point of evolution is that it is blind to the direction it is going. Put in this way it is hard to see why anyone should think that Turing's “human computer model” has anything to do with the environment in which the human brain evolved.

If we are really honest we must admit that the task that faced Turing was the design of systems which could quickly and efficiently carry out highly repetitive computational tasks, and he was employed to do this because humans could not carry out such tasks in a fast and reliable manner, even when given extensive training and very precise instructions. The Turing model is actually an extremely useful and powerful model of what humans cannot naturally do!!!

Posted by Chris Reynolds at 21:46 No comments:


It is a year since I have posted anything about the BBC software on this blog – and during the intervening months I have thought about the matter frequently – especially as I now have a BBC computer sitting next to my P.C. and I can switch on the system, pull out the keyboard and run MicroCODIL without doing more than swivel my chair through 450.

So read on to find out why I have not yet transferred the software to a PC.
Read more »
Posted by Chris Reynolds at 19:51 No comments:

The Trouble with our "Piggy" Banks (and our computers)

We are having serious problems with our banks. In recent weeks the bank that I use decided to make a change to its computer system, and got it very badly wrong. I was lucky, as I had no transactions going through during the crisis week. On the other hand a very large number of people found that their salary had not been paid, or could not withdraw desperately needed funds. For instance some people had house purchases collapse - leaving them homeless - because their solicitor could not transfer the payment. At least one person spent a weekend locked in a cell because the Court could not cash his bail cheque.