Why our brains are shrinking

A letter in the current New Scientist (April 22) asks the question "But why have we never filled up a brain?" and wonders why we appear to have evolved brains with spare capacity. I have just posted the following reply:

There are good evolutionary reasons why our brains are bigger than we need to survive. About 100,000 years ago the rate at which we invented new tools started to increase and as our tool-making knowledge increased we might have expected a significant increase in brain size. The opposite is happening and our brains are now slightly smaller than our immediate ancestors.


An ongoing re-assessment of an unconventional research language called CODIL suggests the reason. The original research looked at how humans and computers might work together on complex tasks and the current analysis suggests a direct relationship between the brain’s neural nets, language and intelligence. Animal (and early human) brain size is clearly limited by the time spent on trial-and-error learning in a single lifetime. However, once a self-modifying language has been invented (no need for a change in brain size or structure) a major tipping point is reached. One generation can now pass information to the next generation as abstract concepts, reducing trial-and-error learning times.  High level generalizations learnt in this way also need less neuron storage space and the savings increase as language became more sophisticated over the millennia.  In addition modern civilization allows us to call on shared knowledge (other people, books, etc), and so we no longer need brains as big as those of our pre-language ancestors in order to survive, and are actually left with some spare capacity to enjoy science, the arts, and the world around us.


Of course one is limited in what one can say in a short letter (New Scientist letters are rarely more than 250 words long) and it is worth saying a few words here to expand the above point.
Bottom up learning by neural net is an expensive business and brains cost a lot to run, and have to compete for resources with the other organs of the body in the evolutionary struggle to survive. But normally everything an animal learns in its lifetime is lost when it dies, so there is a practical limit on how much time an animal spends learning useful patterns rather than eating, breeding and evading predators. Different species have adopted different strategies and one, adopted by the primates is to concentrate on a small number of infants, and protective parents, to maximise learning time.
Early humans found simple tools helps survival and needed to pass on their tool-making skills to their children. So a slightly longer learning time helped and over some five million years our ancestors brains very slowly grew bigger allowing them to make somewhat more sophisticated tools. However the more steps it takes to make a tool the harder it becomes to learn how to make it by trial and error copying.
This is where CODIL comes in. CODIL was designed to allow humans to "teach" computers in a way that can be related to neural nets - and can be considered as a model for early human language as a means of making tools, with language itself being a taught tool, which can morph from processing patterns (normal animal learning) into set processing (handling abstract ideas and generalizations) and on to rule building (instructions for making tools).
What appear to have happened is that until about one and two hundred thousand years ago humans brains could be considered as little more that animal pattern recognising systems which learnt by trial and error - including trial and error copying of their parents using a simple language. Then language developed to a point where it allowed more complex tools. This meant that having language allowed each generation to make more powerful tools, including a more powerful language, which in turn enabled even more powerful tools to develop. A tipping point was reached which as equivalent to an auto-catalysed chemical reaction which, once it has started, proceeds at an every increasing rate.
The process also means making more and more powerful generalizations, which can be stored more efficiently in the neural network of the brain. (For instance learning about "mammals" and their key differences uses less memory than learning about a large number of species bottom up.) As long as our ancestors still lived in family-sized hunter gatherer groups most of the brain would still have been needed for survival. However once people started living in larger communities specialization would have started - and survival would depend on the skill mix of the community rather than individual skills. In fact the more we depend on others, including knowledge in books, etc., the less general survival skills we each need - and this allows our brains  - which evolved to learn as quickly as possible - to spend time on creative mental activities which have no obvious survival value!
Posted by Chris Reynolds at 18:32 No comments:

Has Trump been fooled by "Fake News" over Syria 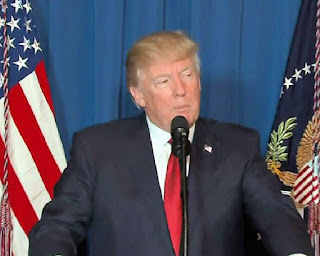 I am quite prepared to accept that there has been yet another dreadful incident in Syria in which people of all ages have been killed. In part I accept this because we have been repeated told this for years and I have repeatedly seen pictures of unnecessary death and destruction, which I deplore.

Trump will also have seen such earlier pictures and yet only a week ago the message from the White  House was that he could work with Assad. What has changed his mind is not that people are being killed by military action (as that happens almost every day in Syria) but how they were killed.

But how the hell does he really know how they were killed. He is always saying the news media fake the job and we know from Iran that the intelligence media get things wrong - so I guess he is reacting violently to the site of dreadful violence as displayed on the box because that is the way his mind works.

As a trained scientist I like to consider the evidence and it would seem that there are many different factions who hate each others guts  I can't see why Assad should use poison gas when he has control of the air and is regularly using conventional means of killing Syrians.  All the other groups hate Assad and know that if they could provoke Trump to act impulsively against Trump by generating "Fake News" it could be to their advantage. Quite simply when Assad is dropping bombs it could grab the world headlines if you release poison gas very close to where one of the bombs has fallen. 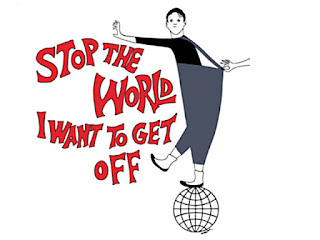 Of course I don't know that this is what happened - but what the incident will have taught every terrorist group in the world is that if you can make it look as if your enemy used poison gas there is a good chance that Trump will loose his cool and start attacking your enemy before there has been time for anyone to discover what really happened.

I  am sure that as a result ISIS will be busy planning new and different ways to cause Donald Trump to loose his cool.

Posted by Chris Reynolds at 10:45 No comments:

Email ThisBlogThis!Share to TwitterShare to FacebookShare to Pinterest
Labels: Trump

My Limericks aren't as dead as a dodo 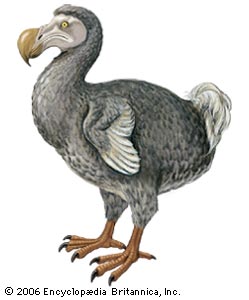 The poor Dodos extinct so goodbye
For of course the poor birds couldn’t fly
And the men in their boats
Preferred fresh meat to oats
All that’s left are some bones, very dry


A recent email has reminded me that a year or so ago I regularly posted a limerick illustrating a scientific topic - in part because it encouraged me to think outside the box.


Wikipedia: Dodo
Posted by Chris Reynolds at 10:58 No comments: