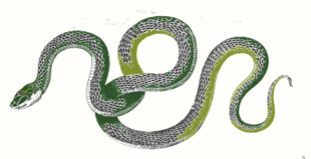 I was most interested to see the article "The Snake Fight Portion of your thesis defence" by Luke Burns - mentioned in a post on the Pharyngula blog.


On a number of occasions I have acted as the "snake" - i.e. and external examiner - and it can be difficult when the problem is, in part, due to poor supervision. I remember being asked, many years ago, to look at a Ph.D, thesis which consisted of little more that a computer program to index books and papers and which would have only got a middling grade as an undergraduate project in the University where I worked. Not only was there very little supporting library work but the student had not even looked at the operational system in the department's own library. In discussions it was clear that the supervisor (who was not a computer expert) was not aware of how trivial the program was compared with real working systems ...

However "snakes" can occur in other areas of academic life and I added the following comment to the Pharyngula post relating to my own experience as a victim:

Snakes can turn up anywhere – and perhaps some of the nastiest are the nameless snakes that block you publications and grant applications. In the 1970s I was working on a human-computer interaction model based on observations of how sales staff viewed the problems of complex sales contracts in one of the most advanced computerised system of its time. A colleague suggested that perhaps what it was doing had a link with Artificial Intelligence – and gave me a recent Ph.D. thesis to read. I quickly realised that much AI problem solving applications involved tiny closed systems with single solutions – while my work was aimed at complex open-ended tasks where the goal was not known in advance. But, I thought, simple closed tasks are a simple subset of complex open-ended tasks and I quickly showed that my “commercially inspired” approach could match (or even out-perform) most of the published AI problem solvers in the recent literature. But as soon as I tried to publish I was repeatedly blocked by anonymous snakes. Typically a paper describing my problem solver and giving details of how it solved a range of recognised AI problems would came back as “too theoretical ever to work.” By the time it was realised that the 1970s research on chess playing and simple logical puzzles had taught I had given up the research in disgust. Some 40 years later retirement allow me to do genuine “blue sky research” and it turns out that what I had in the 1970s was an crude neural net model which concentrated on the transfer of information between neural nets (the brain of the human and a computer) – bypassing much of the need for trial and error learning which dominates most current “Big Data” neural net research. Perhaps my research could still be of interest – but at nearly 80 years old, with an 1970s albatross of rejection round my neck, the modern snakes will automatically dismiss the ideas as I don't have a prestigious institution behind me so I must be wrong.

I have, of course, also had to deal with a "snake" when I had my on Ph.D. viva in 1963. In fact it was not too bad - but one of the big problems I had was due to supervision problems. The Ph.D. thesis was in the field of Theoretical Organic Chemistry and my supervisor was interested in the theory and really only wanted Ph.D. students to act as laboratory technicians - making chemical compounds that interested him, and measuring their properties to fit onto his graphs. However I was really interested in the underlying theoretical models and went off in my own direction - without his guidance - coming up with far better theory/observational matches than he had been getting ...

Posted by Chris Reynolds at 11:42 No comments: