A Poem for Today

Way down South where bananas grow
A grasshopper stepped on an elephant's toe
The Elephant said, with tears in his eyes
"Pick on somebody your own size."

Not a usual post for this site - but I feel a poem which rattles the walls of one's mental box is worth a mention. It is the poem for the 27th August in Read Me - A Poem A Day for the National Year of Reading, chosen by Gaby Morgan (Macmillan, 1998).
Posted by Chris Reynolds at 21:58 No comments:

How Much is a Human Life Worth?

Placing a financial value on human life is a task which most people avoid – but society's resources are limited, and so are those of the world. By failing to discuss the issue decisions are taken which by implication place a value on human life or which have unintended financial consequences.

Let us look at an simple example. The Moors Murderer, Ian Brady, wants to die. He recently asked if he could be moved from a psychiatric hospital – where he can be forcibly feed to keep him alive against his will – to a prison – where he would be able to starve himself to death. The decision was that he should be kept alive, force fed when appropriate, until he died in prison of natural causes. 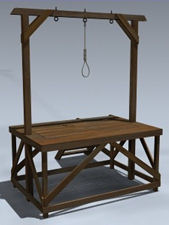 When I was young Ian Brady would have been hung but it was decided that the punishment of being left to rot in prison till you die of old age should be substituted. In Ian Brady's case the decision not to hang him means that society will end up spending something approaching £3,000,000 keeping him alive for perhaps 60 or more years in a high security establishment. (This figure excludes the £450,000 costs of the recent legal hearing). This sum would be sufficient to build a small new primary school, to fund a consultant doctor for many years, or to provide enough clean water in Africa to save the lives of hundreds of children.

So one of the unintended consequences of our laws, and the way they are implemented, means that preserving the life of a multiple child murderer (who himself considered the lives of the children he killed valueless) is worth more (in terms of tax-payers' money) than saving the lives of hundreds of innocent African children.

Of course, you will say, we got rid of hanging because sometimes an innocent person was hanged. Of course this will happen occasionally, and it is very sad. Mistakes occur in every area of life, and always will, whatever laws we have. Innocent people are dying unnecessarily every day for all sorts of different reasons and in every case it is very sad. If we spend enormous sums of money to avoid accidentally killing one innocent person this means resources are not available to save the lives of many other innocent people.

Let us put this into a personal context. At my daughter Lucy's inquest the coroner indirectly suggested that if she had been recognised as being desperately mentally ill when she was in a police station she might not have killed herself on an anniversary associated with the misdiagnosis. At my daughter Belinda's inquest the coroner actually added a formal rider of neglect concerning her National Health Service treatment. In both cases the way that the criminal law treated the mentally ill was an issue. If  society had decided to spend less money on prisons and more on the mentally ill perhaps both my daughters would still be alive.
~~~~~~~~~~~~~~~~~~~~~
The above is a slightly edited version of part of a text I prepared in connection with a Tring U3A debate on "How Much is a Human Life Worth?"
Posted by Chris Reynolds at 07:43 No comments: 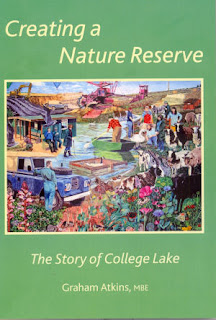 My daughter Lucy's tragic death in 1985 had a major effect on my life, and was undoubtedly an important factor in my abandoning my research and taking early retirement. As a result I spent some 20 years on voluntary work to try and improve the lot of the mentally ill - and I urgently needed somewhere to relax

And I found just the place - a new reserve was being set up only a few miles from from where I live - called College Lake. When I first visited it there was a large white hole in the ground with the promise of a nature reserve at the south end - and a working chalk quarry at the north end. Graham was often seen with an enthusiastic team of volunteers, while Rita's little Sunday cafe in the old barn was not to be missed.
Read more »
Posted by Chris Reynolds at 22:19 No comments: