Are you snowed under by the data explosion? 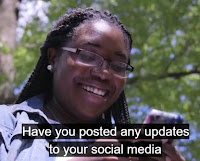 This blog has been rather quiet recently, in part because I have been distracted by external health, social and political issues - an found the social media pretty depressing when considering the effects of Brexit and Trump. Another problem was that in trying to write up my research into the evolution of the brain I have been snowed under with new ideas.
Looking back over recent years I have come to the conclusion that I was most productive when I was doing a Futurelearn course (even if it was not directly relevant to my research) because discussing issues with other students helped me to think more creatively. As a result I am joining the course "The Data Explosion and its Impact on Fraud Detection" as it is clearly relevant to the way humans , and information about them, interact with modern computer systems. As the course is only scheduled for three weeks, and has ambitious aims, I suspect it will be rather superficial - but I am sure that I will find the interactions with other students stimulating.

So far I have introduced myself to the other students as:

I was working on how to interface humans with computers as early as 1967 and by the 1980s was interested in the potential privacy implications of exchanging information online in the context of the scientists attending an international conference, where the organisers lived, and had computers in different countries with different data protection regulations. Now long retired I am interested in keeping in touch with developments that I could never have imagined when I started work. In retirement I am still very interested in the ways humanity has become "Trapped by the box" (my website is trapped-by-the-box.blogspot.com) and I am interested in modelling the evolution of human intelligence.

I will post comments on how I find the course later.
Posted by Chris Reynolds at 11:31 1 comment: