Trapped on a warming planet

The news on the BBC web site this morning was not good. Hurricane Maria is tearing up the West Indies only weeks after Hurricane Irma. More lives will be lost, homes and livelihoods will be destroyed, and the worsening climate will claim more victims.


On another page there is a report that this winter in Australia has been the hottest ever with over 260 heat and low rainfall records being broken - suggesting that there could be a record number of bush fires in the summer.

At a less serious level the last patch of snow is about to vanish from a location in Scotland where normally it remains all the year round.


These events come as no surprise to me. In July 1990 I joined the CSIRO in Australia for a year, based in North Ryde, Sydney. My first job was to look through a pile of research papers - and the first one was explaining why, as the world warmed under a man-made blanket of carbon dioxide, we could expect bigger hurricanes. The idea was to set up an information system which followed the latest climate change research, and mad the information available, in an easy to understand way, to the politicians and government of Australia.


"Did the system you produced have beneficial effects on the world's climate", I hear you ask. In fact the problem is that Trump was not the first climate denier (just the most dangerous) and I had only been working for a couple of months when the project was deemed unnecessary and I was moved to produce a prototype environmental data base for Australian Heritage.

So is there any good news? A recent scientific article published in Nature Geoscience concludes

limiting warming to 1.5 °C is not yet a geophysical impossibility, but is likely to require delivery on strengthened pledges for 2030 followed by challengingly deep and rapid mitigation.

What this actually tells us is that hurricanes are going to get even bigger, Australia will get even hotter, and many other major changes will take place. However if everyone (including Trump and the USA) took the challenge seriously things will not be quite as bad as they would have been if we did nothing. In effect we (and our children and our children's children) are all going to suffer because politicians worldwide didn't take the issue seriously enough 25 years ago.
Posted by Chris Reynolds at 22:52 No comments:

What is happening to General Practices in the NHS 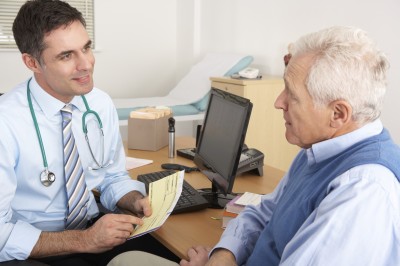 Over 50 years ago the family moved to Tring, and for all this time we have been registered with a practice run by a single doctor who we got to know and who got to know us. But the NHS is changing and on October 1st the practice we are registered with will be merged with the very large surgery at the other end of town. Having been on a number of health committees are a public representative I understand the pressures on the NHS and the knock on effects on patients.
I was therefore delighted to see that one GP practice had produced an excellent video of what is actually happening to General Practice in the NHS.
Posted by Chris Reynolds at 21:39 No comments:

Email ThisBlogThis!Share to TwitterShare to FacebookShare to Pinterest
Labels: NHS

My personal battle between complex and complicated systems 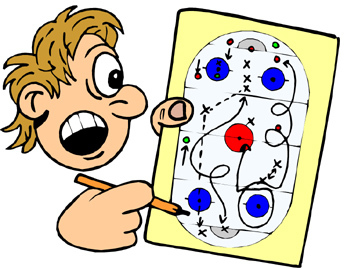 I recently decided to drop into a FutureLearn course "Decision Making in a Complex and Uncertain World" by the University of Groningen. The opening section really made me sit up as I realized that I had never seriously thought about a formal definition that clearly distinguished between complex and uncertain systems and complicated  but predictable ones. Of course I was well aware of the difference in practice but having a definition clarified a number of issues relating to how my research into a human-friendly computer (CODIL) started, why the research came to be abandoned, and why there is now renewed interest in the subject.

Read more »
Posted by Chris Reynolds at 11:34 No comments:

I have just started on a FutureLearn Course "Decision Making in a Complex and Uncertain World" run by the University of Groningen - and this has led to some interesting conversations. This will be the first of a number of essays on some of the issues which relate to my work on CODIL.

A big thank you to Bruce, who drew my attention to the idea of Cognitive Load and the work of John Sweller and others. It is not surprising that I was not aware of this during my original research on CODIL as John's paper was not published until June 1988 and the CODIL project effectively closed down in September of the same year.

Read more »
Posted by Chris Reynolds at 11:49 No comments: