So a cat has been microwaved

Let me be honest. I don't feed the birds in my garden in order to provide the pampered neighbours' cats with fresh meat. So cats are not my favourite animal - but they are animals and I know enough about how microwaves work to be horrified at the idea of any animal being microwaved alive - even a cat.

But it is possible for the state, in some cases encouraged by the lynch mob attitude of the crowd, to be equally cruel to humans. I know that only too well.

In the current case a seriously mentally ill young lady called Laura had a pet cat which she dearly loved, and cared for from a kitten. Animals can be a great comforter and healer for the mentally ill and I am sure there were many times when the presence of that friendly ball of fluff helped to keep her spells of depression away.

But she also had a pet goldfish - and the cat killed the goldfish. And the young lady was very upset and decided to punish the cat so that it would know it shouldn't kill her fish. So why not put it in a box with a door and a revolving table and switch on the turntable.I am sure that, given the alternative, she would never have put the cat into a normal oven and switched then on - as she would know that the heat would hurt the cat, and she didn't want to hurt it. Of course she would know that if you put a microwaveable bowl of food in the oven the bowl remains cool by the food heats up - and so the cat isn't food - so everything would be O.K.  But of course that not how microwaves work and the cat suffered. And the poor girl was horrified that she had lost her pet in such a distressing way.

So what good has the trial done. To be honest it might have encouraged a few people with a lynch mob mentality to donate the the R.S.P.C.A.  But otherwise the trial, the sentences, and the publicity will have done no good whatsoever.

First it has told the whole world and his wife that if you want to kill an animal (for instance those unwanted kittens that have just been born) you could try microwaving them. I am sure the girl didn't mean to kill the cat but every year there many people who end up with unexpected kittens or puppies that they don't want but who now are aware of another means of disposal thanks to the R.S.P.C.A. generated publicity.

Secondly a girl who is obviously seriously mentally ill (she is only 23 and has been sectioned 20 times) is going to prison which will do her no good at all. When my daughter Lucy  was seriously mentally ill she spent 5 months in prison on remand (she hadn't been convicted of anything) and ended up in "The Muppet House" - effectively in solitary confinement in a strip cell because she was too ill to conform to prison discipline. If Lucy had been an animal the R.S.P.C.A. would have strongly objected to the way she was treated ... I sincerely hope that Laura will get over the experience of imprisonment and not kill herself, as Lucy did. What happened had serious consequences in the family - but that is a story for another time.

Thirdly the publicity will not help the average tabloid reader to understand the millions of other people with mental health problems. Having pets and working with animals can be an important stage in recovery, and unfortunately many live in accommodation which already makes it difficult. Having a pet can give you both the pleasure and responsibility of caring for another being which responds in an affectionate way. By helping the patient a pet can can speed recovery and reduce the pressure on the most seriously under-funded parts of the N.H.S.  If this case ends up by making it harder for other mentally ill people to have pets it will increase the demands on the N.H.S.

What happened to a poor little cat called Mowgli has happened and I am sad - even if I am not a cat lover.. Dragging the case before the courts with maximum publicity will almost certainly make it more likely that some cats will suffer a similar fate, and could make things worse for many people with mental health problems who are helped in their recovery by taking on the responsibility of owning a pet.

So to the R.S.P.C.A. who brought the case, to the magistarte Micheal Marks, and to the N.H.S. who failed to give Laura the level of support she needed - thank you for nothing. You should all be ashamed of yourselves..
Posted by Chris Reynolds at 19:44 No comments:

Time to relax with a Limerick

A man shouted "Take down de sign"
For the floods have begun to decline
"You can get to my pub
In a car, not a tub
And I do serve some excellent wine." 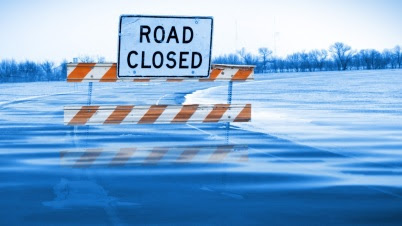 However the extraordinary levels of rain here (hopefully the worst is over) coupled with the extremely cold weather in North America, and the extreme heatwave in Australia a year ago, all suggest that we all need to take global warming very seriously. Many people will find that the boxes in which they live and work are no longer suitable due the increasing number of extreme weather events which are predicted.
Posted by Chris Reynolds at 18:22 No comments: