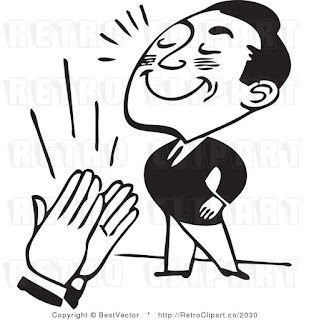 Humans are vain creatures and we like to think we are very clever, and concentrate on what we can do. However to understand how our intelligence evolved we actual need to look at our in-built mental weaknesses.


The reason for this is that the Blind Watchmaker of evolution does not plan ahead and often the results seem to be far from optimum. For instance the nerves in the human eye are at the front of the retina and mean that there is a blind spot in our vision. Our vagus nerve takes a roundabout route rather that taking the shortest path – and this becomes ridiculously long in an animal such as the giraffe.
Similar defects apply to our minds. The short term memory is surprisingly small while our long term memory is unreliable. We think more slowly when processing negative ideas, and suffer from confirmation bias. Unless taught our logical skills have limitations, common sense is not always the most appropriate answer, and we are bad at handling numbers and even worse with more abstract mathematical concepts. We are also too keen to follow charismatic leaders without stopping to check whether their rhetoric makes sense.


The important thing to realize is that these limitations are caused because we are using our “animal brains” in novel ways and defects which were minor at the animal level have started to become significant.


The following draft notes suggest the main steps involved in the evolution of human intelligence starting with the simplest possible animal brain, and how what happened millions of years ago has put restraints on what our brains can do.
Read more »
Posted by Chris Reynolds at 19:11 No comments:

Trapped by the Mental Health System

Recent news relating to the mental health provision has been bad. Because of shortcomings in social support provisions some mentally ill people have been trapped in mental hospitals for as much as three years despite the fact that they could be discharged back into the community once suitable accommodation has been found. The fact that they are trapped in this was will not only demoralise the patients, but also the staff who want them to be able to life a more satisfactory life, and also the bed-blocking means that places are not available for others that need them.

In addition staff are demoralised by lack of pay and other negative factors affecting the way that the NHS is being run and how the mental health area often appears to be at the bottom of the pile. As a result recent news also revealed that there is a very large number of unfilled posts, putting more strain on the staff who continue to work in the mental health field. European workers in the NHS will have seen their pay fall compared with their home country as the effects of Brexit start to become apparent and the "We hate foreigners" feeling underlying the policy of a so-called Christian Prime Minister will discourage others to come to work in the NHS in future. Of course the Government has responded with a long term promise to train more mental health staff - which will not help the rapidly deteriorating current situation - and I suspect that like most such promises in the past this will involve some form of robbing Peter to pay Paul

However what really made me feel ill was the Judge going public about a seriously mentally ill young lady, who was kept in a strip cell because she might use any furnishings to kill herself, and for whom no place for proper treatment could be found. 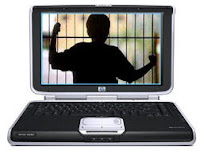 This links to my logo - as such cases are nothing new - and when I was drawing up my logo I had vivid memories of my daughter Lucy in a cell in the "Muppet House" in Holloway Prison - the "hell hole"where all the desperately mentally ill prisoners were held. In effect what happened to Lucy caused me to suffer post-traumatic stress disorder - and abandon my University Research.
Read more »
Posted by Chris Reynolds at 14:48 No comments: